Situated in the north of the county on an escarpment overlooking the Vale of Catmose the parish borders Leicestershire and the parishes of Teigh, Thistleton ,Barrow and Cottesmore. The village appears in the Domesday Book as Ouverton; in old English ‘ a village with or on a ridge’. The market began in the 13th Century and was held in a field next to the church. The village dates back to pre-Roman times. Roman remains have been discovered near the village but were destroyed by opencast mining. 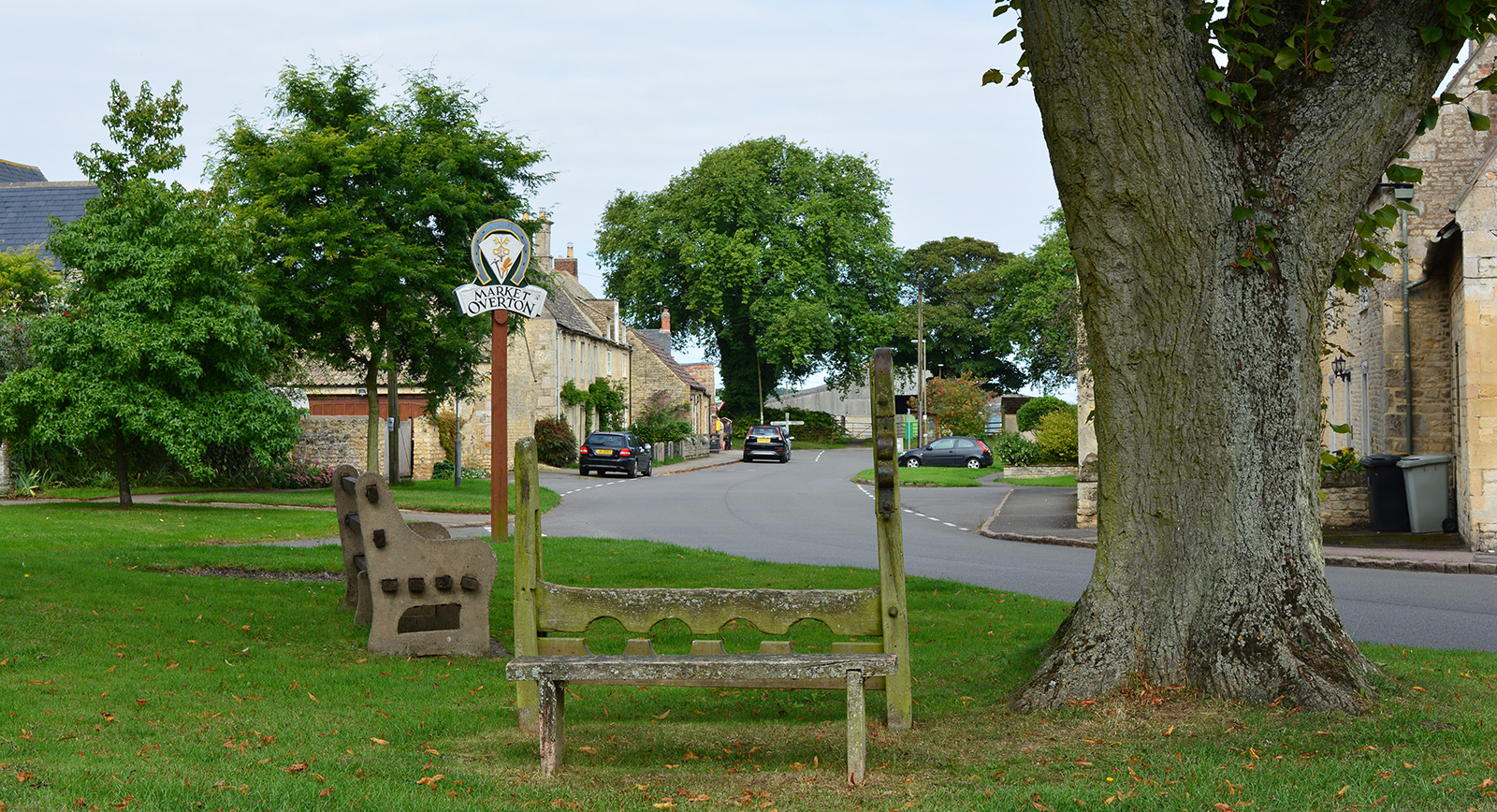 There is an Anglo-Saxon graveyard within the village boundary and the tower of the parish church incorporates a Saxon cross. The building includes an Anglo-saxon arch. The remainder is 13th and early 14th century. Much of the parish’s early history was linked to agriculture which continues today. In the late 19th and early 20th centuries, ironstone mining had a significant effect on the topography of the village as well as its population and housing. Thus there is evidence of its history in the current disposition and types of housing in the village. The village grew around the village green and down the main street where most of the buildings are grade II listed. The current layout of the village is the result of its geography with two roads intersecting in the village and the establishment of the 1960’s housing estate with significant infill developments

The population of the village has varied as the reliance on firstly agriculture and then quarrying waned. Early in the 20th century the employment pattern in the village was more or less evenly split between agriculture and quarrying. The decline in agriculture resulted in a declining population up to 1901 but the population increased dramatically to some 400 by the 1911 census. The development of a large airfield during the second world war deprived the village of a direct route to Greetham and a significant part of the parish was designated for use by the Ministry of Defence which continues today. The 2011 census records a population of some 551 with 240 dwellings. (The 2011 census includes data on Teigh and Thistleton.)

Market Overton is an ancient village with an abundance of history. In the 1806 acres of the Parish there have been archaeological finds ranging from a Roman pottery kiln, found in a field to the north of the village, to an Anglo-Saxon cemetery and an Anglo-Saxon water clock.

The village is recorded in the Doomsday Book as ‘Overtune’, from the Saxon word ‘Tun’, meaning ‘house on the hill’. The first documented mention of a market in the village was in the year 1200 when the original site was probably on or by a Roman Temple near to Thistleton. Later a market was held on a field to the east of the church. “Marketedes Ouerton” appears in records from 1238 as a village. In 1267 the Lord of the Manor was empowered to hold a weekly market on Thursdays and a yearly fair in late June, to mark the Saint’s Day of St Peter. These dates have now become the annual Feast Weekend. The weekly market day was changed to Wednesdays. The yearly fair continued until 1914 and involved activities such as parading around the village, roundabouts, a shooting gallery, donkey rides and a feast in the yard of the Three Horseshoes Pub, now a residence, on Main Street.

The market was popular and the village of importance. In 1276 Edward I was a visitor as was Edward II in 1315. In the fourteenth century Market Overton served as a market town for a rich agricultural area. A Manor House stood from as early as 1337. The Church of St Peter and St Paul has some of the best examples of Anglo-Saxon and Gothic architecture in the county with additions from the 13th and 14th centuries. The stile in the wall of the churchyard is believed to be made from a stone carving originating from Roman times. The sundial on the church is said to have been given by Sir Isaac Newton, whose grandmother lived in the village.

A gentleman’s reading room was built in Berrybushes in the 19th century for the men who worked in the ironstone pits to the North of the village. In 1902 it was extended to form a village hall which became a school in the 1920s, although it closed in the mid 1970s. There have been 2 pubs and 2 blacksmiths The most notable of the latter was based in the Old Forge opposite the green in Main Street. There were 2 bake houses, 2 butchers, a slaughterhouse and a dairy. Little of this once busy commercial activity remains today.

Source: extracts from “Market Overton- A walk through times gone by” by Kate Don. Copies available from the Community Shop